Osteopathic Medicine is a complete, holistic branch of medicine founded by an American physician, Andrew Taylor Still, practicing in Missouri in the late 1800s.

All Osteopathic Physicians receive training in Osteopathic Philosophy and Osteopathic Manipulative Medicine (OMM), which is a holistic approach to patient care involving hands-on diagnosis and treatment using a gentle form of medical bodywork. 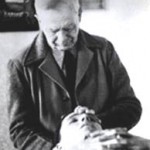 OMM encompasses a wide range of techniques addressing problems in joints, ligaments, muscles, tendons, and fascia that may cause pain or interfere with nervous, circulatory and internal organ function. Osteopathy depends on detailed anatomical knowledge, a highly trained sense of touch and the physician’s diagnostic skill and experience.

As the oldest form of continuously practiced modern manual therapy originating from the United States, Osteopathy has had great influence. There are many styles of bodywork that are derived from it, often practiced by those with more limited training. However, complex cases and particularly those with multiple medical problems require the expertise of Osteopathically-trained, unlimited-licensed physicians.

Osteopathic Medicine is the only branch of medicine in the U.S. that combines:

More on Osteopathy from our site:

Back to the top of page